All you need to know about Lynn Gilmartin

Lynn Gilmartin is an Irish Australian presenter, TV host, reality star, and anchor, popularly known as the beautiful anchor of the World Poker Tour (WPT) on Fox Sports. Gilmartin is not only a TV host; she has also tried her hands on poker games. She cannot be said to be a professional poker player but she has made some winnings of her own in the poker field.

Lynn Gilmartin is famous for her poker show, poker tour reporting, and hosting. In this article, we will look at exactly who Lynn really is. How has she fared in the poker world? What is Lynn Gilmartin’s net worth in the industry? All these questions and many more would be answered in this poker article. Read on to learn more about this unique poker character. 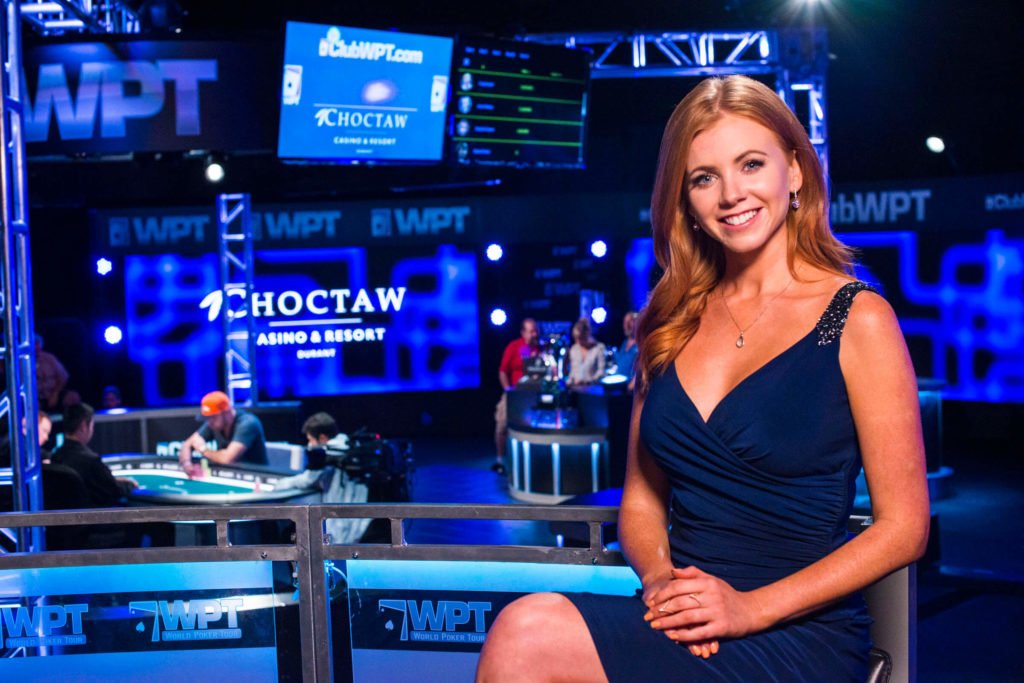 Gilmartin was born on the 3rd of November, 1984, in Dublin, Ireland. In 1986, she and her parents moved over to Melbourne, Australia and at this time, she was only sixteen months old. While growing up, Gilmartin loved being the center of attention. She craved for anything that would bring her to the spotlight. Gilmartin was always involved in acting and dancing. She enrolled at La Trobe University before moving to RMIT University where she nurtured her dream of becoming a famous presenter for a travel show.

While in school, she was actively involved in concerts, acting, musicals, dancing, and Television adverts. All these were made possible, thanks to her attractive looks. Immediately after her college, she made up her mind to pursue a degree in marketing. After her degree, she secured a well paying job at the biggest casino destination in Australia, Crown Melbourne. 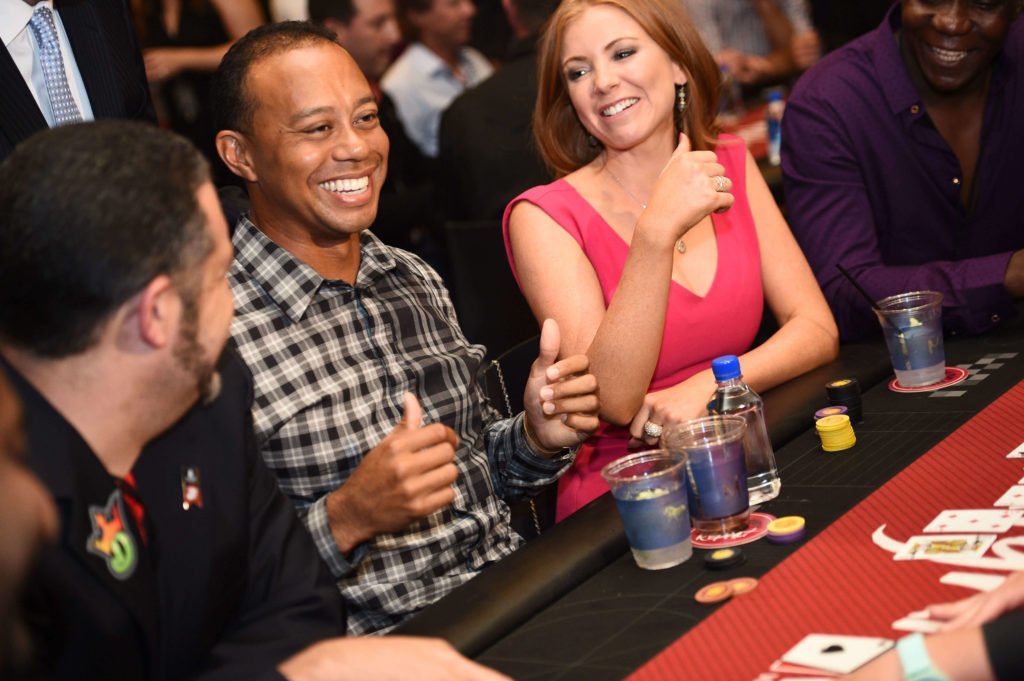 By the year 2009, Lynn has moved into the industry of poker where she got a job as a journalist for PokerStar.tv and PokerNews.com. As a host with PokerNews, she flies all around the world with her team to follow different poker tour. She joined the World Poker Tour to host the prime time Fox Sports One show, World Poker Tour Alpha8, popular for being a tour of high roller poker tournaments across the world, boasting of buy-ins of $100k USD to $250k USD. Based on her job, she was frequently seen hosting the World Series of Poker, Latin American Poker Tour, Asia Pacific Poker Tour, and Latin American Poker Tour.

In 2012, she appeared on the television screens in England and Australia as the presenter for the Crown’s Aussie Millions Poker Championship. In the year 2013, she moved to Los Angeles where she took up the role of the host of the 12th season of World Poker Tour on Fox Sports. She anchored the event with Vince and Mike Sexton. She went on to become the sideline reporter for the ESPN Australia coverage of the WSOP (World Series of Poker) Asia Pacific. She also presented for ESPN Australia and One HD for the Crown’s Aussie Millions Poker Championship.

In the Deceber of 2013, Lynn Gilmartin was featured on the cover of the Bluff Magazine. As at 2010, Lynn Gilmartin net worth was estimated to be about $1 million USD. At this time, she was earning over $100,000 USD per annum in salary. Over the years, her income has increased from this figure and it is believed that she is earning handsomely from her TV host and presenter career as well as other numerous endorsement deals. According to Gilmartin, money is simply an energy exchange; the more she flows freely with it, the more the money flows freely with her.

Lynn is a hardworking, busy, and goal driven young lady and she is a big fan of Marianne Williamson, Eckhart Tolle, and Kris Carr. Lynn is the founder of Holistic Wellbeing Coach, Jooce Bar, and Permaculture Amateur. In the February of 2018, Gilmartin hosted the famous American Poker Awards. Also in the same year, she featured in the film, Museo, which was directed by Alonso Ruizpalacios. She played the role of Gemma in the award winning film. Museo won the silver Bear award for the Best Screenplay during the Berlin International Film Festival. 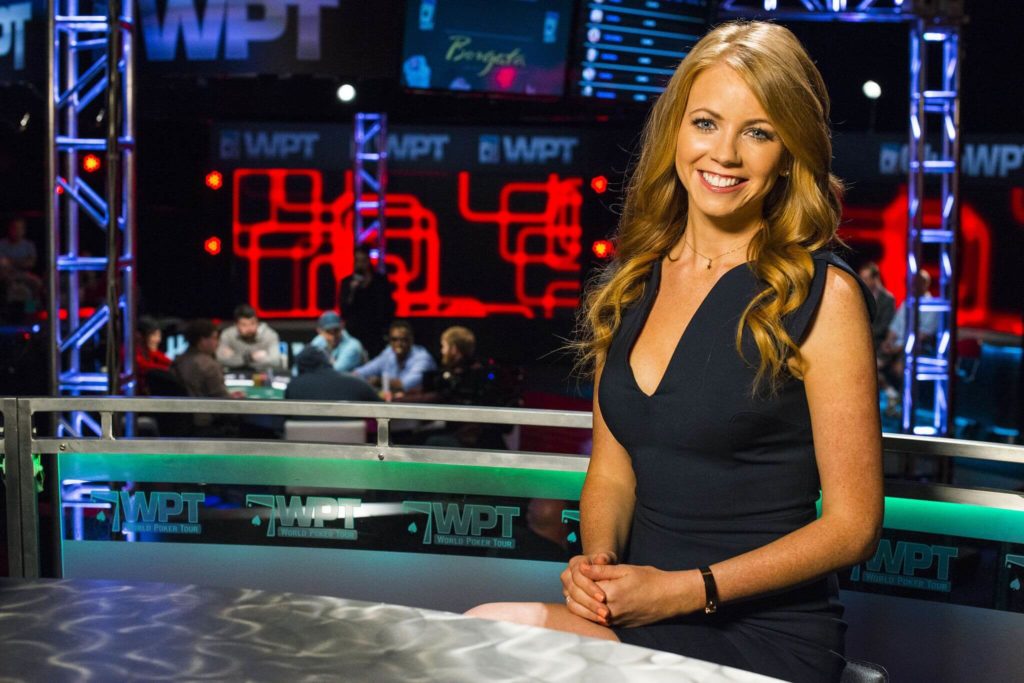 Gilmartin has never attempted to keep her personal relationship secret. As a matter of fact, she has always made it to the news headlines due to the various attractions she had created as a result of her love life. Although no one knows exactly whether she is now married or not but it has been reported that she has been dating Angel Guillen, the professional Mexican player, for more than eight years now. Lynn has never denied her relationship with the Mexican poker pro at any time. She met Guillen in 2009 during one of the World Series of Poker events and the couple started dating five months later.

At this point, Gilmartin has not become so famous but the two started a relationship and has been together for a long time. The couple has been seen going for events, romantic outings, and vacations together. It is important to mention that the couple met during the World Series of Poker event of 2009 where Angel Guillen participated in the World Series of Poker event. At the event Guillen became the ultimate champion after beating other 1,534 professional poker players and won the coveted prize of $530,548 USD. In addition to this, he also won the celebrated Gold Bracelet after winning against Mika Paasonen, a fellow poker player. Lynn Gilmartin and Angel Guillen have not publicly announced the big news about tying the knots but the couple has been gushing about their love. 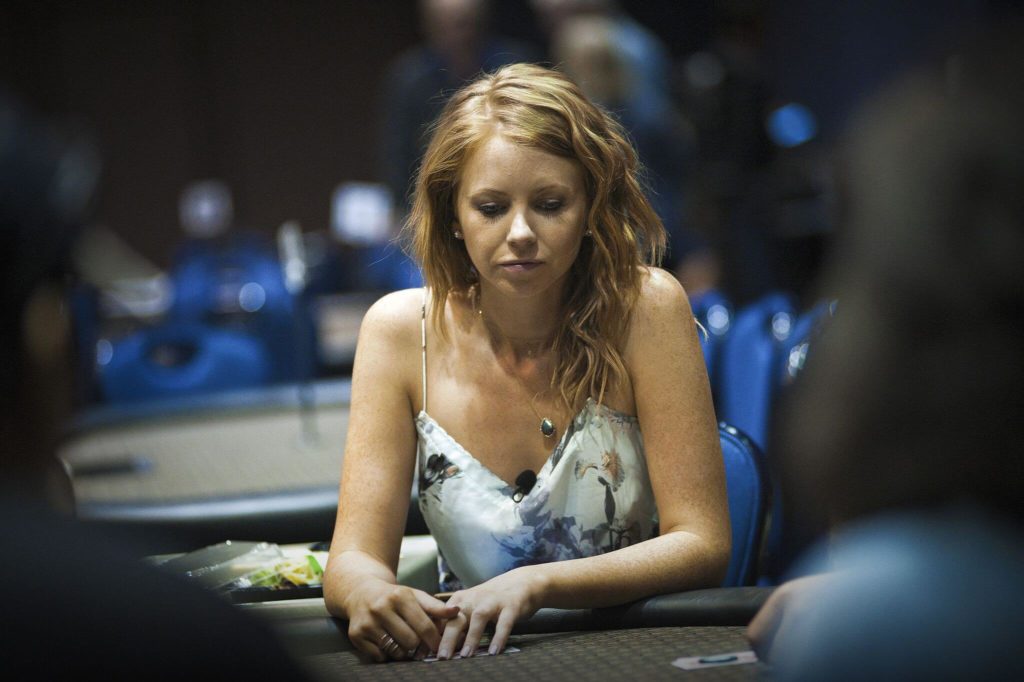 Net Worth of Lynn Gilmartin

Gilmartin has a high paying job and she has earned a lot of money during her various poker tours. Her presenter job, coupled with the different endorsement deals she has had significantly increase her net worth. Lynn Gilmartin net worth is estimated to be over $1 million USD. According to the 2010 wiki magazine, she earned more than $100,000 USD annually. Although her current salary has not been revealed, it is assumed that she is currently earning more than she was back then in 2010.

Due to the fact her current income is not known, it is quite difficult to put an estimate to her current net worth. Based on her various posts on her social media handles, it is obvious that Lynn spends a lot of money on luxurious items because she loves them. She is passionate about travelling and shopping. She is very active on Instagram, Twitter, and Facebook.

Although she is a poker presenter, Lynn has also tried her hands on poker games a couple of times. Even though she has not made it to the level of a professional player, it can be said that she has made some winning at the game. In the year 2009, she played her first poker game where she played APPT – Sydney in A$ 500 + 50 No Limit Hold’ Em Ladies Event. She placed in the 3rd position and made a winning of $3,032. In April of 2011, she also participated at the Latin American Poker Tour IV in Peru, Lima and played in the $100 No Limit Hold’ Em Ladies Event. Lynn Gilmartin placed first and made a winning of $650 USD.

She also took part in the ANZPT III poker game in Melbourne in the September of 2011. She played in the A$ 300 EJ Whitten Foundation Charity No Limit Hold’Em and placed in the 7th position with a winning of $1,538. In the year 2015, she played at the European Poker Tour season 12 ESPT – 6 in Barcelona. She played in the €200 + 20 No Limit Hold’ Em Women Event and placed in the first position. She made a winning of €5,890.

In terms of popularity ranking, she placed in the 1,205th position. Of course, Gilmartin cannot be placed in the league of professional poker players in the industry but she has added some winnings to her name. It is important to mention that Lynn is more of a poker tour event presenter than a poker player. She is famous for her beauty and her animated way of presenting. She has travelled the world over following World Poker Tour and World Series of Poker events.

Her first appearance was in Museo where she played the role of Gemma in the year 2018. This film won a silver award. Over and beyond winning an award, it has also brought Lynn Gilmartin to the world of acting. For people who have been following Gilmartin on social media, specifically Instagram, they would have already known that the beauty is currently working on a new and exciting film project.

She has announced her participation in the indie themed film, How Do You Know Chris, which was shot and produced in Melbourne. According to her, she is playing the character of an Irish, which coincidentally fits her origin. She believes going back to Dublin to work will be fun and challenging. It is essential to recall that Lynn had always wanted to be an actress while growing. Earlier in the year, she participated in the prominent Hollywood Immersive acting training course where she trained with some of the best trainers and coaches in the industry.

According to Gilmartin while talking about her new role, she reiterated that acting is something she has always wanted to do which was why she started taking classes after moving to Los Angeles. Interestingly, Lynn has managed to attain he childhood dream. She is currently working with famous Australian actors, including Travis McMahon who acted as her boyfriend, Mike, in the film.

Lynn Gilmartin is famous in the world of poker, not because she is a professional poker player but as a TV host, presenter, and anchor for poker tour. Although she is actively involved in reporting and presenting poker events, she has also tried her hands at a couple of games and has won some cash in the course of the game.

In addition to her activities in the poker world, she has also been involved in acting and has taken up roles in Museo and How Do You Know Chris? Lynn Gilmartin net worth is over a million USD dollars and she is set to earn more in years to come.

How to Play 3 card Poker Game

3 Card Poker is one of the popular casino games. Who invented 3 Card Poker game? How is the game played? What are the rules of the game? Read on to get answers to these questions and more.

Learn about the game that is taking the lead in almost all casinos around the globe. Pai Gow Poker is an easy game that offers extreme fun and joy.

Ultimate Texas Hold’em has become popular among the variations of Texas Hold’em. Here, we look at the basics of the game, its rules, odds, payout, and how to boost winning odds.

Short deck poker is one of the popular games in the poker world. How is this game played? What are the rules? Is there any strategy for winning?