What is the Dead Man’s Hand?

The dead man’s hand is a name given to a specific poker hand; a two pairs of black eights and black aces. Within the years, the definitions have continued to evolve. The card hand was reportedly held by the Old West folk hero, gunfighter, and lawman, Wild Bill Hickok, at the point when he was murdered.

There have been no contemporary record courses of this card hand but there is a record in the old literature by Frank Wilstach in 1926 titled Wild Bill Hickok: The Prince of Pistoleers. This book gave birth to the famous modern notion of the dead man’s hand as contained in the pairs of black eights and black aces. In the case of Will Hickok, the cards would have been a combination with another anonymous hole card hand. 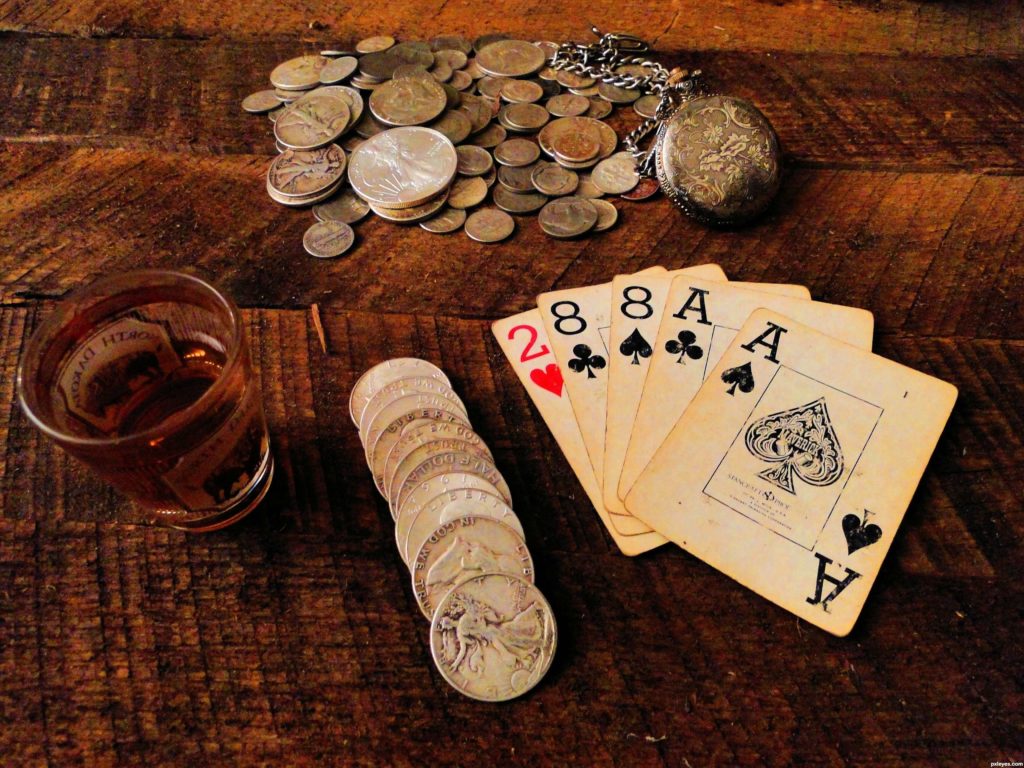 In the late 19th to early 20th centuries, the phrase, ‘dead man’s hand’ seems to have begun getting prominence in the field of poker. However, there was no connection of the hand to Hickok until the later part of 1920s. As a matter of fact, the earliest reference to the hand was in 1886 and this is when it was illustrated as a full house containing a pair of tens and three jacks. Sevens and Jacks are referred to as the dead man’s hand in Encyclopedia of Superstitions, the Occult Sciences, and Folklore, all of which were written in 1903. In 1907, Edmond Hoyle named it Jacks and eights.

Interestingly, the expression that is considered the dead man’s hand today originates from the legend, known as the five card stud hand that was held by Hickok, popularly called Wild Bill Hickok. Hickok was holding the combination when he was shot from the back of his head on the 2nd of August, 1876, by Jack McCall. This murder was committed at Nuttal & Mann’s Saloon in Deadwood, Dakota Territory. It was reported that the combination of aces and eights in black suits were the final hand of Hickok.

The Western historian, Carl W. Breihan, recounted that the cards were recovered from the floor by Neil Christy, a witness to the murder, and he then passed the cards over to his son. The son revealed the combination of the hand to Mr. Beihan, and according to him, the hand consists of the ace of diamonds with heel mark on it; two black eights, ace of clubs, spades and clubs, as well as queen of hearts that has a drop of blood on it. It is believed that the blood belongs to Hickok.

According to Joseph Rosa, the biographer of Hickok, the accepted description is that the game cards were the ace of clubs, ace of spades, the queen of club, and two black eights. Nevertheless, he went ahead to state that there is no contemporary source that has exactly the same hand. The coagulation in gamers jargon for the dead man’s hand comes with two pairs of aces and eights and didn’t come into light until much later. The first appearance was in Frank Wilstach’s 1926 publication titled Wild Bill Hickok: The Prince of Pistoleers. This was fifty years after the death of Hickok.

It is essential to mention that apart from poker players; the dead man’s hand is also used by a couple of forces in their insignia. These include the Las Vegas Metropolitan Police Department Homicide Division, Armed Forces Medical Examiner System, and the Los Angeles Police Department CRASH squad. In addition to this, the western themed card game collectible called Doomtown makes the hand the highest rank in its game. The Jack of diamonds comes as the fifth card.

Also, The Ballad of Buster Scruggs, a film made by Coen Brothers also features the dead man’s hand in its first fragment. In this movie, the character of Buster Scruggs takes over another player’s seat at a poker table. The seat belongs to someone that has been dealt the dead man’s hand before he left the table. He consequently refuses to play the hand. The hand has also been used in the title track, Ace of Spades, made by Motorhead. 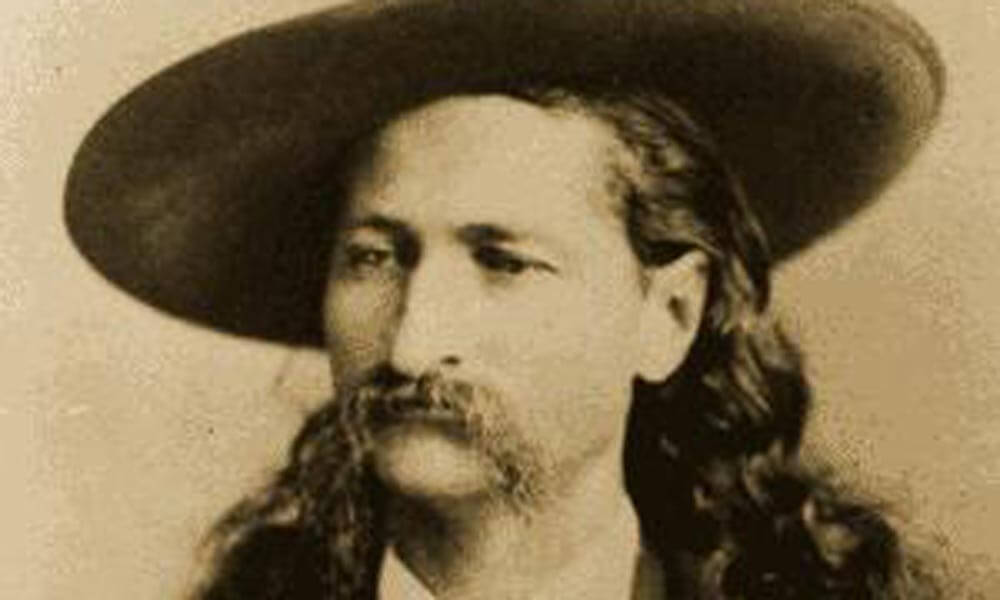 According to some accounts of the legendary dead man’s hand, the kicker of Wild Bill was the queen of clubs. However, there have been various debates on this perception. There are many who argue that there was really no 5th card in the game because Wild Bill Hickok was actually shot before he could have the time to deal this hand.

Due to the negative associations that the hand has, many new players and those that do not really play at the game think that the dead man’s hand is of really low value. However, this is not the case at all. This hand is quite good and usually a winner at a poker table. As a matter of fact, it is better than about 95% of other five-card hands but it has the weakest or lowest hand in the game of poker.

Nonetheless, the popular American culture regularly utilizes the dead man’s hand to represent bad luck, death, and dark omen, among others. Also, in contemporary fiction, this hand is usually utilized as a kind of Omen of Doom. It often indicates that a character with the hand is going to die soon.